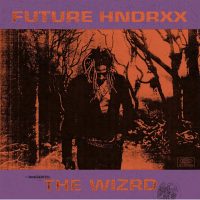 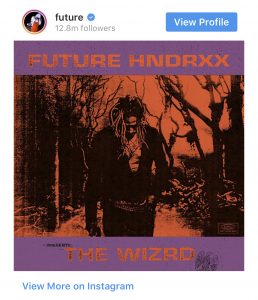 Future posts upcoming album cover for The WIZRD on his instragram with a release date of 1.18.2019.  This will be Future’s 7th studio album release.  Future has already released singles and videos from the album “Crushed Up” and “Jumpin On A Jet”.  Epic Records in a press release also reported that Future will release a documentary of The WIZRD produced by Mass Appeal which will drop on Apple Music 1.11.2019.