DJ Khaled has shared cover art and a release date for his new album, titled Khaled Khaled, which is set to drop on Friday. The cover features an image of DJ Khaled praying outside while flanked by his two children, sons Asahd, 4, and Aalam, 16 months. DJ Khaled said his kids executive produced the album.

Khaled Khaled features the singles “Greece” and “Popstar,” both featuring Drake. The album is DJ Khaled’s first since Father of Asahd, released in May 2019. 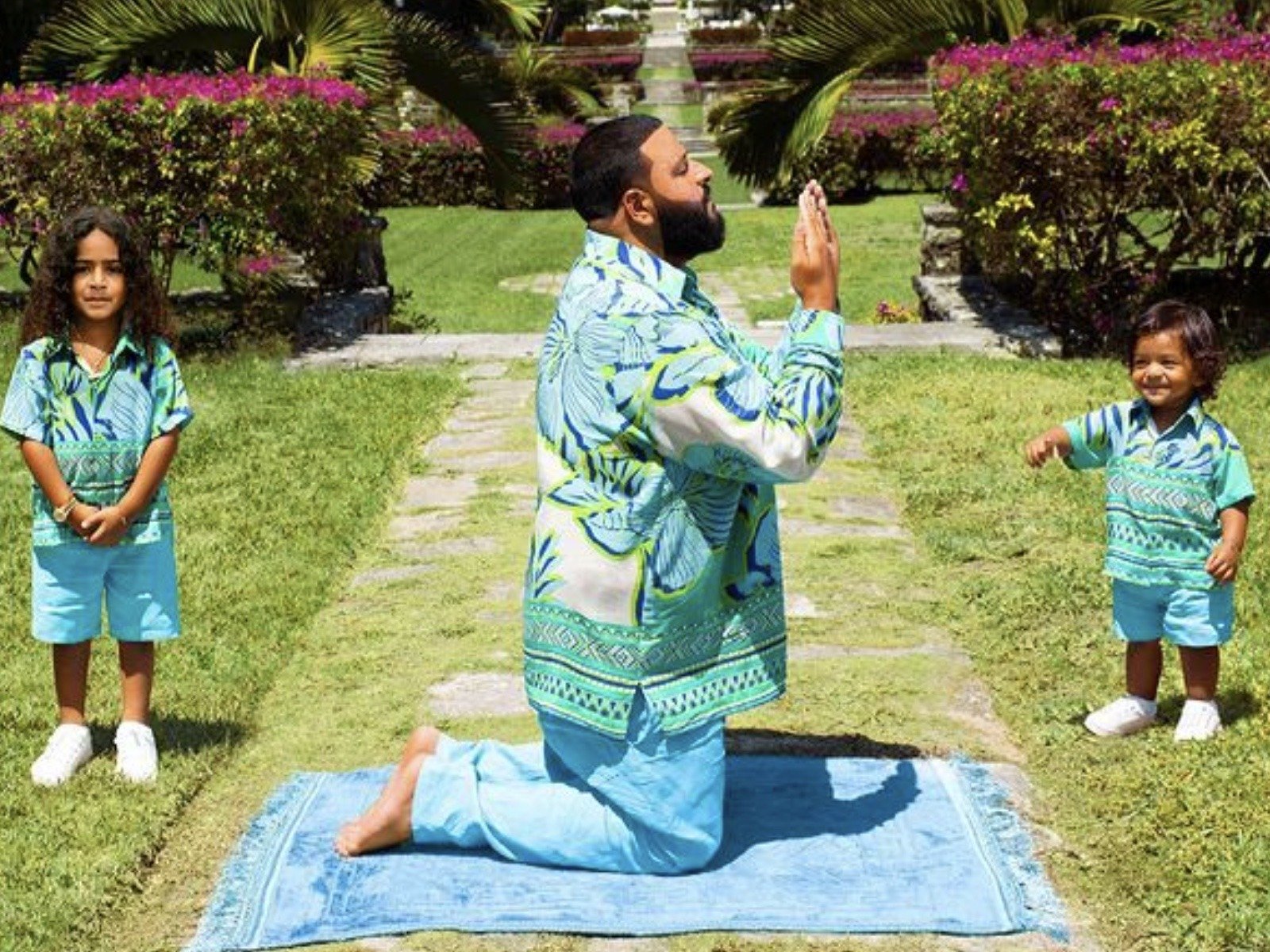